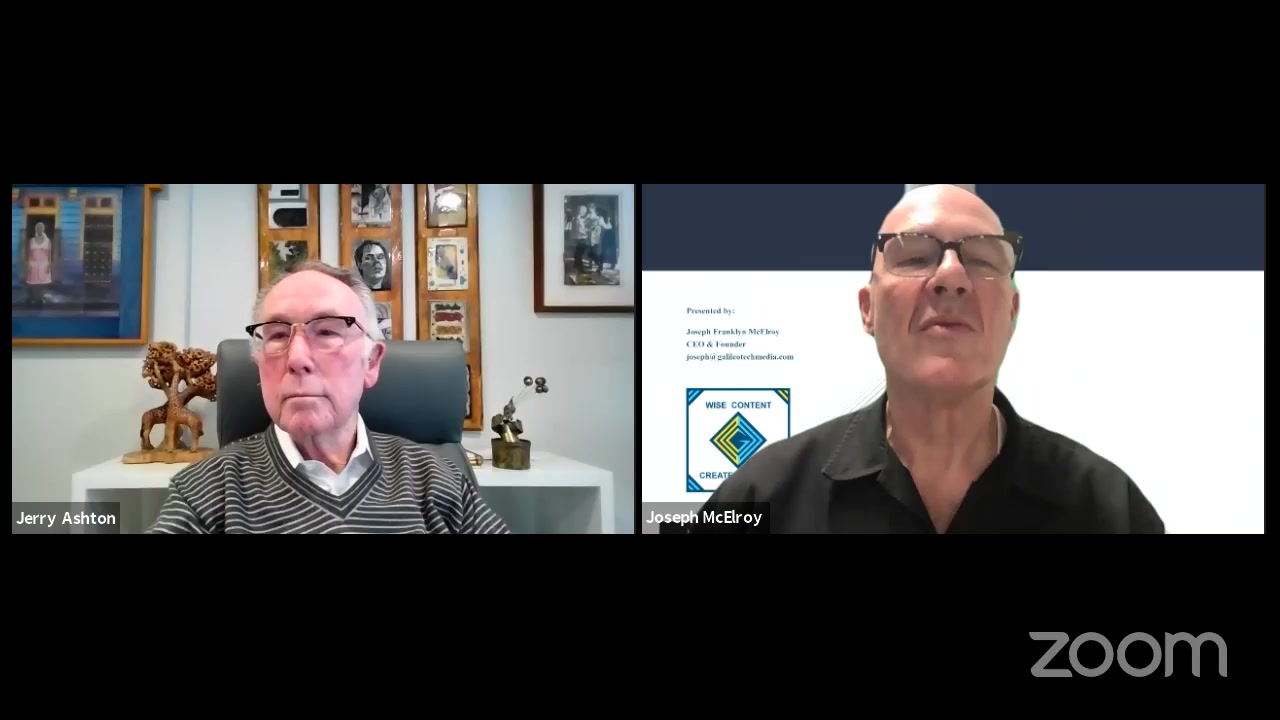 The content marketing podcast is hosted by marketing technology expert and Galileo Tech Media CEO Joseph McElroy, and he is joined in this first episode by entrepreneur Jerry Ashton, who co-founded the renowned nonprofit RIP Medical Debt.

McElroy coined the term “wise content” to describe content that is dramatically impactful, inspiring the people who encounter it to take action and organize for change. A classic example is the re-release of the 1936 propaganda film Reefer Madness, which became a cult hit on college campuses in the 1970s and allowed the distribution company to expand its presence in the film world. That distribution company, New Line Cinema, was later responsible for runaway hits like A Nightmare on Elm Street and the Lord of the Rings trilogy.

Many factors go into the creation of wise content. First and foremost, creators must understand the needs and desires of their audience. This requires careful analysis and use of data to inform decisions about what to create and how to promote it. Armed with this information, creators can produce wise content and place themselves in a strong position to build on that content’s success.

Guest Jerry Ashton tells the story of creating the nonprofit organization RIP Medical Debt. During his career as a bills collector, he stopped by an Occupy Wall Street protest, where one piece of messaging struck him: Medical debt should not exist. Realizing that nobody’s finances should be ruined because they got sick, Ashton co-created RIP Medical Debt as a way to purchase and forgive medical debt in America.

But founding the organization wasn’t enough. In order to be successful, the company would need to get out the message. Ashton co-authored a book called The Patient, the Doctor, and the Bill Collector, which he describes as “the seed content… that grow[s] into viral opportunities.”

Through the publication of this book, his organization came to the attention of Last Week Tonight with John Oliver, which wanted to forgive, on-air, $15 million in medical debt. RIP Medical Debt partnered with the show to make that possible, and John Oliver showed the organization’s logo on screen in the final minutes of the episode. Immediately, RIP Medical Debt was rocketed to fame.

This episode was a perfect example of wise content, made possible by lots of hard work and preparation leading up to becoming a viral hit. Audience emotions were engaged by the episode, and RIP Medical Debt lunged into action. Ashton wrote another book and pursued numerous publicity opportunities, including presenting his work to members of Congress.

The organization created a yearly summit to keep providing education to people interested in the problem of medical debt. Going viral is great, says Ashton, but you have to follow through by establishing yourself as a trustworthy authority.

RIP Medical Debt is a wise content success story: To date, it has forgiven a staggering $3 billion in medical debt.