What Travel Brands Need to Know About Google Travel

Previous Next
What Travel Brands Need to Know About Google Travel

Skift, the largest intelligence platform in the travel industry, estimated Google’s travel business revenue at $14 billion for 2017. It also positioned growth for the Internet juggernaut at more than 20 percent for each year for the foreseeable future. While Google travel could be worth as much as $100 billion currently per Skift research – which would place it ahead of Priceline’s $90 billion market cap – industry speculation doesn’t see Google pushing to become the biggest online travel agency.

Why would it want to? Even with it’s massive profits, Google likely doesn’t want to disrupt relationships with its current advertisers. At least, not significantly.

These are early days of Google travel, believe it or not. It seems like forever that the search king has been selling and advertising travel in some shape or form. But, Google is still toying with how to build its own travel business while expanding its multi-billion dollar advertising partnerships.

So, as travel ad spend accounts for a ridiculous 12 percent of Google’s total ad revenue, the company is trying to balance its efforts to target the consumer with its own offerings.

Here’s what travel brands need to know about Google travel as they play the role of customer and competitor:

Google already has a tremendous advantage over other travel content aggregators. Its huge user base and unique ability to target buyers across the travel funnel is unmatched. Recently, Google increased its sophistication as it pertains to air and hotel search, and book, and it’s begun to include in-destination products of its own including reviews, activities and transport. Google may not be trying to own the customer but it clearly wants to keep a large market share.

Google Travel Will Not Be a OTA Killer

It’s understandable that a OTA might be worried about the rise of Google travel. But, Skift tests show that it doesn’t make much sense for the search giant to displace its largest advertisers. If anything, Google’s growth within the industry in terms of upping its own offerings will make existing players evolve their business models and compete more to satisfy the consumer. Look for OTAs to improve the ways in which they distribute for suppliers – and to add more value. 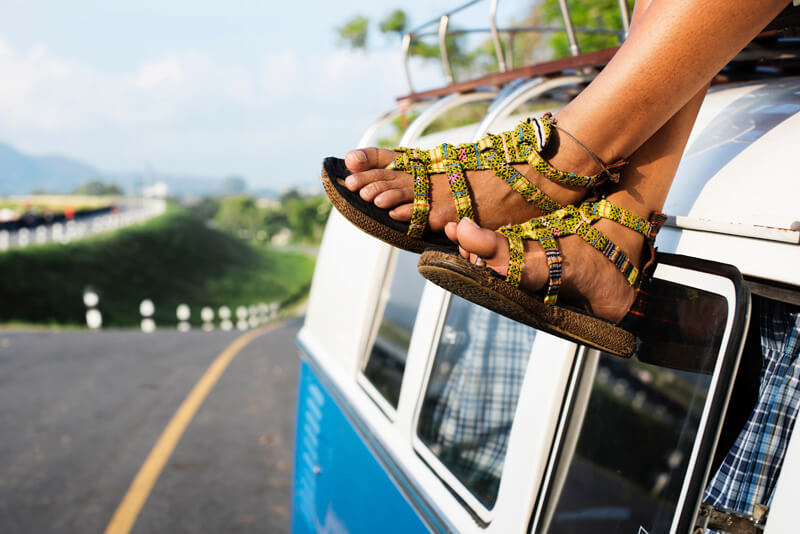 Facebook May Compete for Travel Spend But Likely Won’t Win

Many online travel companies would like to move away from Google ad spend, but there really isn’t a digital marketing tool that provides the same benefit. The commercial intent of a Google search is invaluable to a travel brand. While Facebook offers targeting and retargeting capabilities, this is a low starting point to reach the consumer. With Google search, the consumer is actively seeking answers. Targeting through Facebook is still a bit of a hard sell and more of a move to convince consumers who might not be where a company wants them within the funnel.

A note about Facebook: hotels and airlines do like using Facebook to both brand themselves and capture bookings. Facebook as an advertising platform can have an advantage over a search engine when it comes to protecting and strengthening a brand with little effort. The evolving landscape of Google travel, and online travel as a whole, is one that travel brands need to keep their eyes on. Google is diving into ad-driven travel apps right now and who knows what industry-changing feature it will add to its marketing arsenal next.

Contact Galileo Tech Media to learn how to work within today’s travel marketing landscape to bring more attention to your brand and revenue to your company.